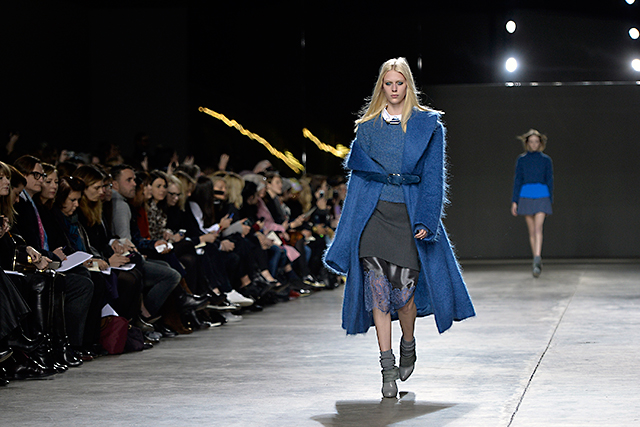 In fashion shows, we all find one thing in common – models do not laugh. The catwalk has long been known as a smileless area. As a model, you can smile at the end of the show when the designer comes out to greet the audience.

In fashion articles, too, the smile is like the steak and potato chips on a model’s menu: very rare. So why do they always wear indifferent faces at every show?

The fashion model’s motionless facial expression actually says a lot. Initially, it stemmed from the arrogant and arrogant look in the solemn portraits we still see, which was part of the cartes de visite.

In fact, the fashion industry requires extreme sophistication. Imagine one day you go to work with a completely new look – a yellow jumpsuit for example.

That’s a crazy thought, isn’t it? We all position ourselves somewhere in the flow of trends, because tendencies decide what to wear is acceptable. Your image will be judged against your new appearance by those who see you and how it relates to current trends.

A catwalk model does not choose the outfit by herself, in other words, their indifference represents the designer’s attitude. They have the ability to move flexibly and exhibit good control over their hands and facial muscles because they, representing the designer. They are attracting the trust of the viewer.

They are not allowed to show their personalities – a taboo because it can distract the viewer from paying attention to the costumes. While the designer’s personality is shown through these outfits. Nor are they shown to be seeking consent, as it shows a lack of confidence in what is supposed to be “right”.